Narendra Modi: India plans to spend $1.35 trillion as a driver of its economy 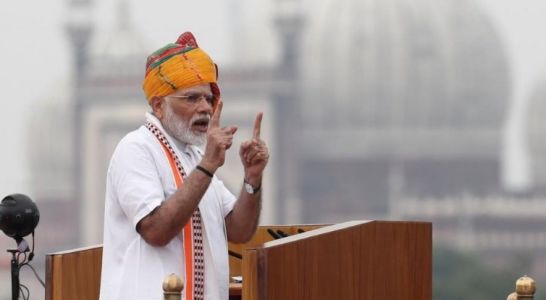 To give a boost to the economy, Indian Prime Minister Narendra Modi announced his country's plans to spend $1.35 trillion on building modern infrastructure.

This announcement was made during a speech at independence celebrations, speaking from the historic Red Castle walls in New Delhi.

His Government would promote industrialization and exports and encourage local industries to ensure that economic benefits reached villages and towns.

It should be noted that 7 years ago, Modi promised to stimulate India's development and create jobs for young Indians.

However, critics argue that this promise has remained elusive as the Indian economy, once the fastest growing in the world, has lost much of its glitter in recent years.