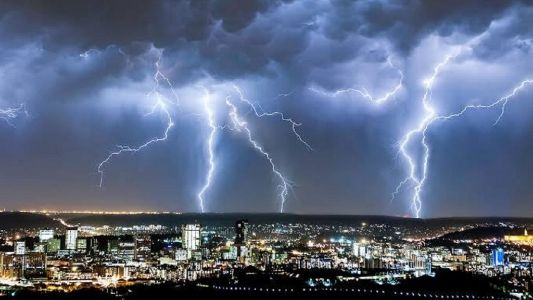 While taking pictures of lightning in the northern Indian city of Jaipur, in a tragic event, at least 11 people were killed

The victims wanted to document the moments when the sky lit from an old castle in the city, but a lightning bolt killed 11 people and injured others.

According to local media, 27 people were above the castle at the time of the lightning, some of whom reportedly jumped on the ground for fear of lightning.

A senior police officer told the media that most of those killed in the castle tower were young.

The Chief Minister of Rajasthan State, where Jaipur is located, Ashok Jahlut announced that 500,000 rupees (approximately $6,700) had been paid for the families of those who died.

Lightning lightning reportedly kills an average of 2,000 people in India each year, and the Department of Meteorology said deaths from this phenomenon have doubled in the country since the 1960s.

On Sunday alone, there were 9 more deaths from lightning strikes, reported throughout the state of Rajasthan, according to local reports.

Data also indicate that lightning incidents in India increased by 30 to 40 percent from the early 1990s to the middle of the 1990s, and in 2018 the southern state of Andhra Pradesh recorded 36749 lightning strikes in just 13 hours.