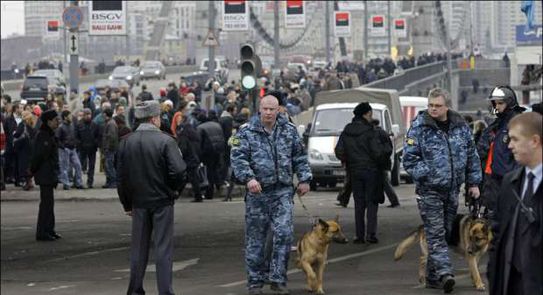 The Russian Federal Security Service issued a statement saying, "A series of terrorist attacks planned in the summer of 2021 by members of ISIS terrorist cells in the cities of Moscow, Astrakhan and the Republic of ino have been thwarted.

An ISIS terrorist was arrested last Thursday in Moscow, planning to detonate a bomb in a crowded location.

The Russian Federal Security has announced to Yulion that acts of terrorism planned by ISIS members have been thwarted in Moscow and the southern Russian province of Astrakhan.

The statement noted that one of the criminals in Astrakhan province resisted the security forces during his arrest, which led to the neutralization by the forces, while the other was arrested in the capital, Moscow.

The statement noted that, during searches and searches, automatic weapons and ammunition, an F-1 grenade and extremist religious literature were found in the premises of the accused.