The Philippines... Victims of the crashed military aircraft rose to 45 people 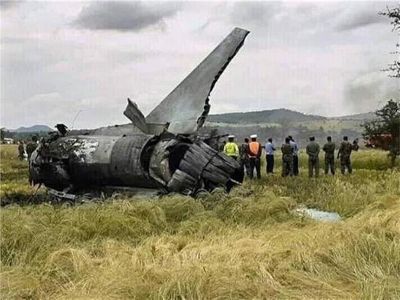 As a result of the crash of a Philippine military aircraft, with 96 people on board, while attempting to land on the southern island of Jolo, 45 people were killed, 42 were rescued and rescue efforts continue.

CNN Philippines quoted the Philippine Ministry of Defense as saying that "the number of casualties in a Philippine military plane crash in the south of the country has increased to 45.

It explained that "42 people died on board, three more after the plane crashed on the ground," noting that "rescue operations are continuing, and 42 people have been found alive."

Media reported earlier today that the plane crashed on the island of Jolo while attempting to land where it mistook the runway.

Some of the injured soldiers were flown to Camp Navarro General Hospital at the West Mindanao headquarters in Zamboanga City, in the south of the country.

According to local media, the Commander of the Philippine National Police, Gillermo Elizar, said that he had already instructed local police officials in coordination with the Armed Forces of the Philippines to provide all necessary assistance in search and rescue operations.