A lady returns home days after her body was cremated 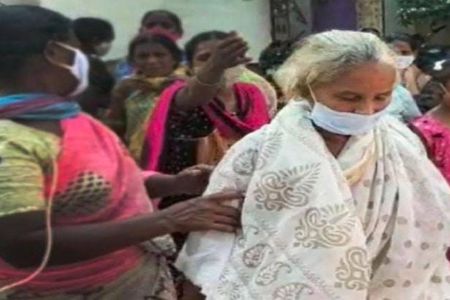 When Gadaya, aged 70, visited Vijayawada Hospital in the Indian state of Andhra Pradesh to inquire about the health of his wife Muthala Girijama on 15 May, he was told that she had succumbed to the new corona virus two days after being hospitalized.

According to Hindustan Times, Gadaya delivered his wife's body "covered in a burial bag," as provided for in the health protocols, after which her body was cremated by the husband.

Subsequently, the husband was surprised and stunned when he was told that his wife had recovered from Corona and that the body handed over to him did not belong to Muthala.

The source revealed: "When Gadaya visited the hospital, his wife had been moved to another ward. The husband questioned the alternate staff, and when they failed to provide him with a proper tip, I believe she died. "

He added: "Subsequently, he went to the morgue and was briefed by staff on the body of a 60-year-old woman. As he was grieving and shocked, he could not properly identify the body. "

Hanumantha Rao, Resident Medical Officer at Vijayawada State Hospital, highlighted that the bodies in the morgue are delivered to relatives only after they have been well identified and confirmed. "