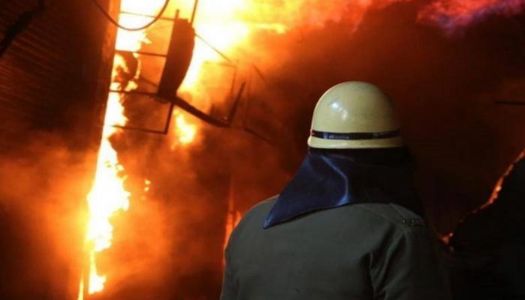 Officials announced that at least 18 people, including two health-care workers, were killed in a fire at an isolation hospital in the western Indian state of Gujarat late on Friday evening, in the country's most recent fatal hospital accident.

The fire started around midnight in the intensive care ward of the Patel Wellness Hospital, a facility dedicated to the Corona virus, in the city of Bharuch, 115 miles (185 km) north of the main commercial city of Ahmedabad.

RV Chudasama, a police officer in Bharuch, stated: "16 patients and 2 staff members were killed in the fire. Twelve of them died of fire and smoke. "

"Preliminary investigations show that the fire was caused by electrical diamonds."

In this regard, Prime Minister Narendra Modi tweeted: He's in pain of death from a fire at a hospital in Bharuch.

India's health-care system is struggling to deal with the Corona virus crisis, which has killed 21,1853 people and infected more than 19 million, according to data from the Ministry of Health.

It should be noted that on April 23, 12 people were killed after a fire at a hospital treating Corona virus patients in a suburb. Earlier, 22 patients died in a general hospital in Maharashtra, where Mumbai is located.

We have 197 guests and no members online