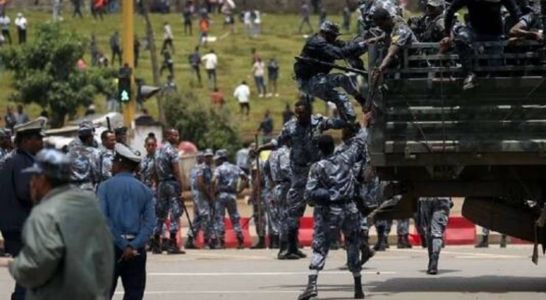 Ethiopia has declared that peace talks are possible with the Tigrayan government, only if it disarms, releases its federal officials, and surrenders the leaders of the region themselves.

"The federal forces were forced to withdraw across the border into Eritrea before regrouping and returning to fight local forces," said the spokesman for the emergency force, Radwan Hussein.

Tensions have escalated since last September, after the Tigray region held elections in defiance of the federal government, which described the vote as "illegal", and the two sides exchanged accusations in the past few days of planning to ignite a military conflict.

Tigrayans make up only 5 percent of Ethiopia's 109 million people, but the region is richer and more influential than many of the country's larger provinces.

We have 36 guests and no members online