Ethiopian raids on a "residential area" in Tigray.. Civilian deaths and injuries 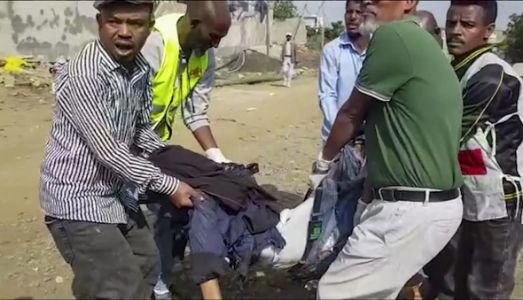 For the second time in two days, two drone strikes targeted the capital of the Tigray region of Ethiopia, Mekele, a "residential area" and the toll is "10 dead", according to Kiberum Gebrselassie, an official at Aider Riveral Hospital.

He added that the attack had hit a residential area in Mekele and resulted in the "killing and wounding of innocent civilians", as earlier written by Getachew Reida, spokesman for the rebel authorities of the Front de libération des peuples Tigrayes, which had been fighting the Ethiopian Government for about two years.

Vasika Amdislasi, a surgeon at the same hospital, wrote in a tweet that at least two women were injured in the first blow.

In a statement marking the beginning of the new year in Ethiopia, the Tigray leadership expressed its readiness to participate in an "immediate" cessation of hostilities leading to a comprehensive ceasefire. But Ethiopia's federal government has yet to respond, amid reports of further talks by both sides in Djibouti.

A number of casualties have occurred in airstrikes targeting Mekele since fighting between Tigray forces and the Ethiopian government resumed in late August, breaching the relative period of calm between the two sides that has prevailed since late March.

This calm allowed more humanitarian assistance to reach Tigray, but these deliveries have now ceased, according to the United Nations. Food aid access to conflict-affected areas in neighbouring Amhara province has also been halted.

Since the outbreak of the conflict in November 2020, tens of thousands are believed to have been killed and millions displaced in the territories of Tigray, Amhara and Afar.