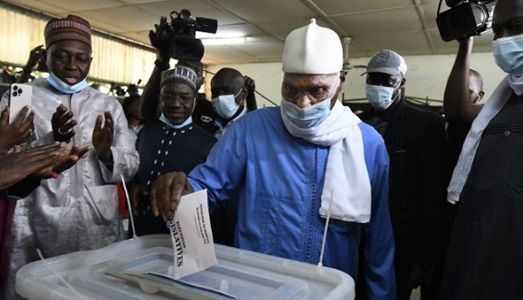 In legislative elections that were a test after local elections in March and won by the opposition in major cities including the capital Dakar, Ziguencore in the south and Tess in the

west, and amid anticipation of official results, Senegal's presidential coalition said it had won the legislative elections held Sunday. The opposition spoke of a "pre-made majority."

Aminata Touré of the Presidential Coalition Regulation said on Sunday: "We won 30 districts" out of 46 constituencies, adding, "This undoubtedly gives us a majority in the National Assembly."

"We gave a majority in the National Assembly of our Coalition President" Macky Sall, without mentioning how many deputies her camp had won or whether it was a relative or absolute majority. She acknowledged the defeat of her alliance in Dakar.

The opposition's response to Tori's statements was not delayed. Barthelemi Dias, an official of the opposition-led coalition Ousmane Sonko, spoke of a "cliché lie" and a "pre-made majority", turning to opponents by saying "you lost these elections at the national level", without giving figures.

Senegalese members of Parliament, composed of 165 deputies and currently dominated by supporters of President Sall, were elected Sunday for a five-year term.

McKee Sall promised to appoint a Prime Minister, the post he abolished and then reinstated in December 2021, belongs to the composition that wins the ballot.

Seven million Senegalese were invited to vote in a ballot in which there were no recorded incidents. Osman Sonko was ranked third in the 2019 presidential election. However, he and other members were prevented from running on Sunday for technical reasons.

The elections were held against the backdrop of rising prices, particularly because of the aftermath of the war in Ukraine, arguments used by the opposition against the Authority, for which it focuses on supporting petroleum products and foodstuffs, as well as its infrastructure-building programme.

Several opposition figures were barred from standing for election on Sunday. However, she did not miss the opportunity to call on her supporters to protest what she saw as President McSalle's ploy to exclude his opponents under the cover of legal means.

After threatening to prevent the organization of the elections, the opposition finally agreed on 29 June to participate, thus calming tensions.