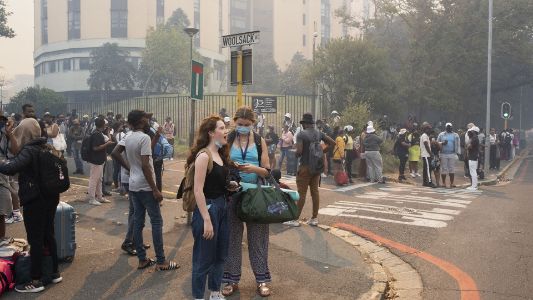 In a new incident, concern arises once again that firearms contributing to high levels of crime in South Africa's eastern state of KwaZulu-Natal, and stresses the need for stricter regulations regarding the management of legal firearms, many of which end up being used by criminals.

Seven people were killed after a mass shooting at a store in the state of KwaZulu-Natal, eastern South Africa.

At around 7:30 p.m., a group of unidentified men opened fire on people in a store in the Marianhill neighbourhood, regional police spokesman Brigadier General Jay Necker said.

Seven people between the ages of 30 and 65 died at the scene, according to Necker's local media.

Preliminary investigations revealed that three of the deceased were the owner of the store, as well as his two sons and another man waiting at the scene, who may have been the actual target of the attack.

Lieutenant-General Nhlanhla Mkhwanazi said that he had mobilized all available police resources to track down the attackers.

"We will do everything we can to prosecute these murderers."

This shooting comes just weeks after four men entered a bar in the state capital of KwaZulu-Natal, in which they were shot dead by four people and eight wounded.