Clashes and bloody events in Blue Nile and America comments 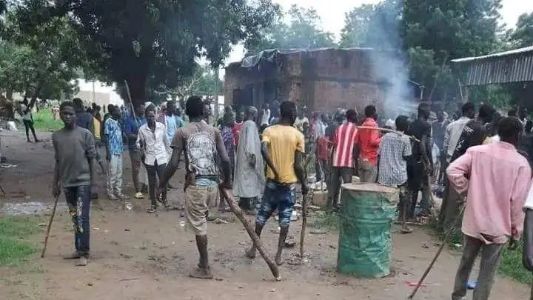 In events that began with the killing of farms in the Qisan area, before the violence and destruction of property widened in the area, Tribal clashes caused dozens of deaths and

injuries, as well as the flight of thousands of residents of the south-eastern state of Sudan. Following the outbreak of these clashes several days ago between the Hausa and Berti tribes in the areas of Rusayr and Qissan Wood al-Mahi in Blue Nile State, The U.S. Embassy in Khartoum on Sunday expressed its feeling of "Deep concern" over reports of dozens of deaths and injuries in Sudan's Blue Nile State.

The chargé d 'affaires of the US Embassy in Sudan, Lucy Tamlin, said in a tweet: "We are deeply concerned by reports of intercommunal violence in Blue Nile State that killed 65 people and injured dozens."

"We urge Blue Nile communities not to seek revenge, but to engage in dialogue."

Tamlin also urged "the authorities to protect civilians and provide remedial assistance to those in need in the Blue Nile".

Relative calm is currently prevailing in the cities and towns of Blue Nile State, which is 1,000 kilometres from the capital, Khartoum.

We have 265 guests and no members online