EL BORHAN : Committed to the constitutional document and eager to make the democratic transition a success 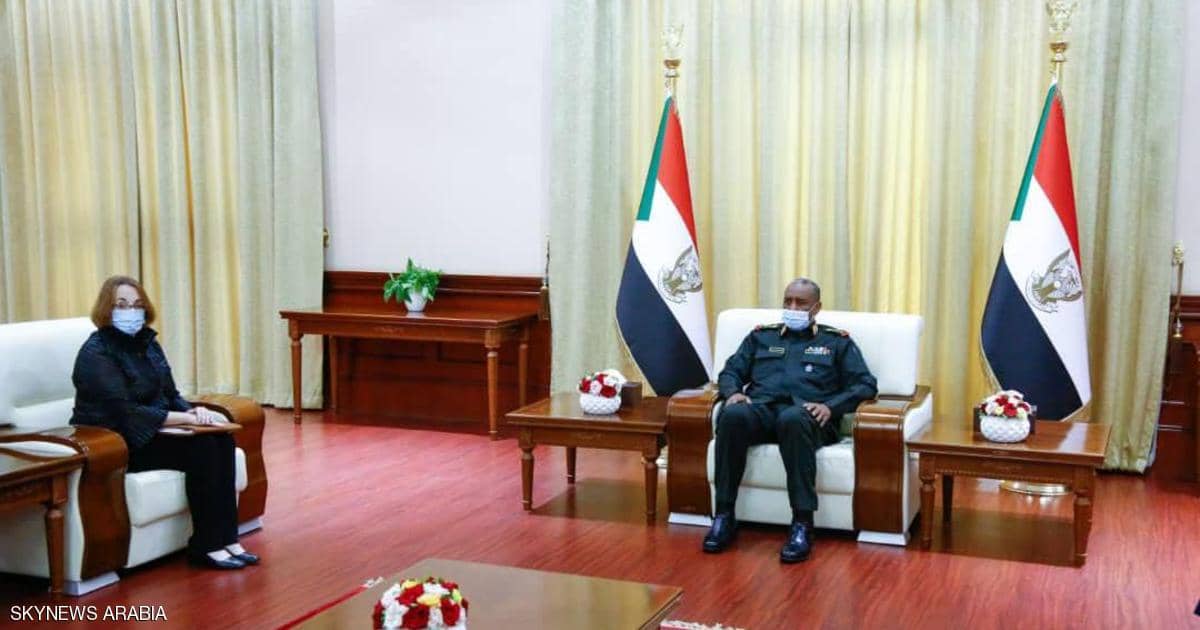 During his meeting with the assistance of the United States Secretary of State for African Affairs, Molly, the Chairman of the Transitional Sovereignty Council of the Sudan,

Lieutenant General Rakan Abdel Fattah Al - Burhan, stressed his adherence to the constitutional document and a comprehensive dialogue with all political forces to complete the structures of the Transitional Authority.

"His desire for a successful democratic transition in the country, leading to free and fair elections in July 2023, is confirmed.

"The unwillingness of the military component to continue with power, its willingness and openness to lead an unconditional dialogue leading to stability and development in the country," the proof was renewed.

He also referred to his "desire to secure the transitional period, maintain national security, impose the prestige of the State, and spare the country a slide into turmoil and chaos."

Turning to the issue of political detainees, he said that "the steps to release them have already begun, and any detainee who is not found guilty of a criminal charge will be released."

For her part, the American official listened to the political vision offered by proof about the democratic path and access to free and fair elections.

We have 330 guests and no members online