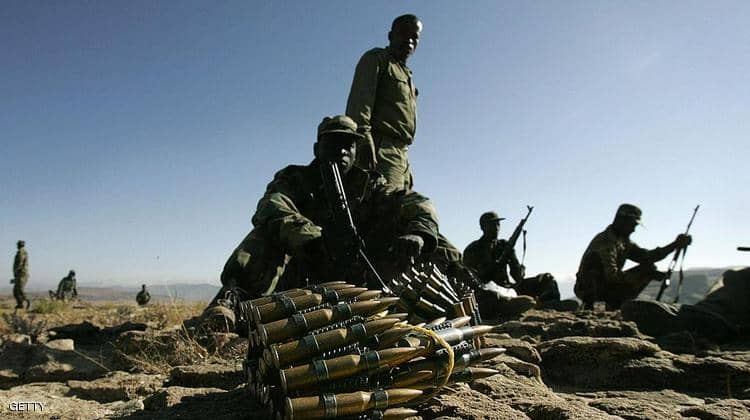 According to a television interview published by the official Ethiopian News Agency, the Minister of State for Ethiopian Finance, Ayub Taulina, said, "This is a proxy war. There is evidence that external forces are supporting the Tigray People's Liberation Front (TPLF), providing satellite and weapons support, which is very regrettable. "

"Because of the nature of the conflict, the entire Ethiopian people are mobilized to face this threat," he continued, stressing that the news that the capital is under siege "is part of the group's psychological war."

The Oromo Liberation Army, allied with the Tigray Liberation Front in Ethiopia, reportedly said the capture of the capital Addis Ababa was "a matter of months, if not weeks."

The Tigray Liberation Front said that there would be no "bloodbath" if its fighters entered the capital, Addis Ababa, to topple the central Government, confirming that it was moving towards the capital.

In return, the government denies the rebels' advance or any threat to the capital, but declared a state of emergency and asked the Addis Ababa authorities to organize themselves to defend the city.

Concerned about the expansion of the conflict in the north of the African country, the United States Department of State called on all parties in Ethiopia to exercise restraint, cease hostilities and start unconditional negotiations,

War broke out between the Ethiopian Government and the Tigray People's Liberation Front (TPLF) a year ago, as Addis Ababa sought control of the northern territory of the country, against the backdrop of accusations by the Front of attacking units of the national army and seizing their equipment.

In recent days, the conflict has expanded and RUF fighters have acquired the town of Kombolcha, 370 km north of Addis Ababa, at the end of last month, and the authorities have called on the people of Addis Ababa to use arms to defend their property.