The Guinean army is able to thwart a coup attempt in the capital, Conakry. 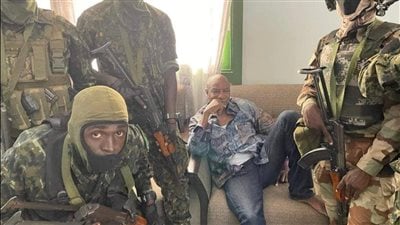 Noting that they had appalled citizens, the Guinean Ministry of Defence declared, "To counter an armed attack by rebels on the presidential palace and to restore security and calm."

In a statement, the Guinean Ministry of Defence said that "the Presidential Guard, the Defence and Security Forces, loyalists and republicans responded to an armed attack by rebels this morning," referring to "continued security operations to restore order and peace."

The statement added, "The President of the Republic, Commander-in-Chief of the Armed Forces Alpha Conde, and the Government call upon the population to remain calm and call for vigilance throughout the duration of military operations."

Earlier today, local media reported that the President of Guinea, Alpha Conde, had been arrested by rebels who had carried out a coup d'état, confirming that the special forces and military had announced the suspension of the Constitution and the closure of the land and air borders, along with the arrest of the Guinean president.

According to a military source, the only bridge linking the mainland to Callum, which includes most ministries and the presidential palace, has been closed and many soldiers, some heavily armed, are stationed around the palace.

A senior government official stated that President Alpha Conde was not injured but did not provide further details.

We have 58 guests and no members online