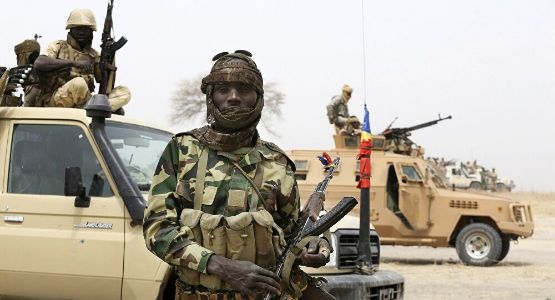 In Niger and in a bloody attack by Boko Haram militants on an army camp that killed and injured 25 soldiers, as well as dozens of militants, the Ministry of Defence said that

hundreds of militants of the Boko Haram militant group attacked a military post in the south of the country during the night, killing 16 Niger soldiers and injuring 9 others.

In a statement, the Ministry added that some 50 militants were killed in the battles following the attack.

On the 12th of this month, Niger reportedly reported that at least 15 people had been killed in an attack by unknown gunmen in the western region of the country.

It should be noted that over the years, Banibango, located within the so-called three border zone between Niger, Burkina Faso and Mali, has witnessed bloody attacks by militant groups linked to the Al Qaeda and ISIS organizations.

It is reported that two attacks at the end of last July, which took responsibility for the militants, resulted in 33 deaths, following which the Ministry of the Interior undertook to take heavy security measures in the area and hold the perpetrators accountable.