Senegal. Comment for study in anticipation of protests and calm in Dakar after looting and riots 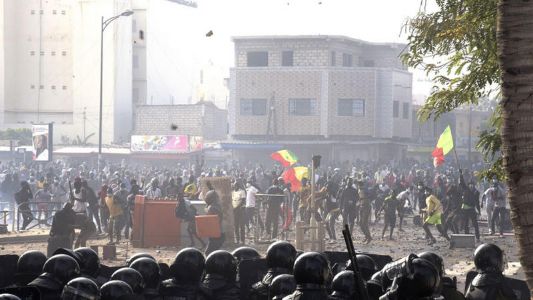 At a time when the Movement for the Defence of Democracy (MDD), a group of opposition parties including Bastif, called for protests throughout Senegal for three days,

beginning on Monday, the Senegalese government announced the suspension of the study, from Monday, 8 March, to Saturday, 13 of the same month, at national education and public and private vocational training institutions. The resolution covers pre-school, primary and secondary levels throughout the country, according to a statement issued by the ministries responsible for national education and vocational training.

The Senegalese capital, Dakar, is experiencing a relative calm over the weekend, after days of riots in connection with the summoning of the leader of the Bastif party. - Patriots of the PASTEF-Patriots opposition to Osman Sonko's judicial investigation, accused of molesting a 20-year-old girl, what his supporters saw as an attempt by power to discredit the young leader of the last presidential election, whose revolutionary anti-colonial rhetoric draws a large cross-section of Senegalese youth.

Sonko and his supporters rejected the accusation as an attempt by the regime to limit the growing popularity of the former presidential candidate, whose rhetoric against France's former colonial interference in Senegalese affairs had become very popular among Senegalese people, especially young people, who had suffered the repercussions of the Corona closure and had taken the Government of President Maki Salle to blame for their suffering.

We have 165 guests and no members online