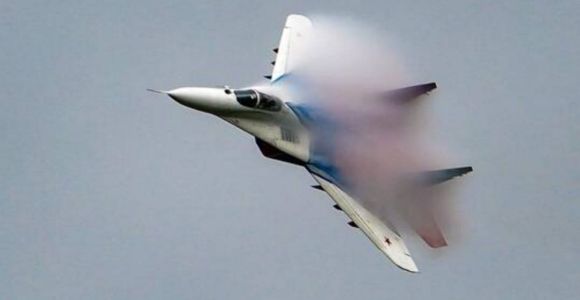 The young American billionaire, Jared Issacman, spoke to the American "The Drive" portal about his impressions of his flight with the recently acquired Russian "MiG-29OP" fighter.

He described it as a "real spacecraft."

The portal clarified that the billionaire bought "MiG-29" from the warplanes group of one of the late founders of "Microsoft" Bob Alan.

The billionaire rose to fame after he founded Draken International, which has the world's largest fleet of used warplanes. Moreover, the billionaire considers himself an efficient pilot.

The portal said that in 2019 the billionaire sold his stake in Draken International’s shares for tens of millions of dollars, and jokingly clarified that he used those funds to buy the MiG-29OP fighter. She added that the fighter is in excellent technical condition and is considered the most beautiful warplane in the world.

As for the billionaire, he explained that he bought it for his personal comfort and intends to lead it in air shows held by aircraft shows so that guests can evaluate the excellent specifications of this "unique bird".

According to the billionaire, "MiG-29" gives you unforgettable feelings. And when you take off, it looks like you're piloting a spacecraft. He added, "I have never flown a better warplane than the MiG-29."

It is noteworthy that his fortune now amounts to 1.4 billion dollars and that his company specializes in remittances to the largest American hotels.