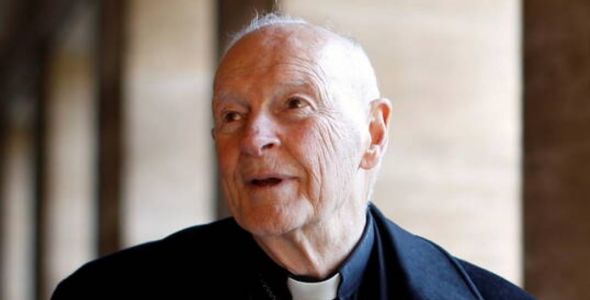 The Vatican conducted an investigation into former Cardinal Theodore McCarrick, in which it was deemed that bishops, cardinals, and popes had played down or rejected reports that he had had sex with seminarians.

The Vatican took an unusual step Tuesday, publishing its two-year internal investigation of the 400-page rise of the American Bishop in an effort to restore credibility to the Vatican hierarchy.

Before publishing the report, the Vatican provided journalists with an introduction and executive summary of it, placing the greatest blame on the late Pope John Paul II, who appointed McCarrick as archbishop of Washington, DC. Although he was commissioned in the year 2000 to conduct an investigation, it confirmed that he slept with the students of the seminarians, according to the summary, Pope John Paul II believed in the naivety of McCarrick's written denial.

Pope Francis fired McCarrick, 90, last year after a Vatican investigation confirmed decades of allegations that the envoy traveling around the world had sexually molested adults as well as children. The Vatican also had reports from credible figures dating back to 1999 that McCarrick's behavior was problematic, yet he continued to rise to become an influential cardinal, kingmaker and envoy of "soft diplomacy" to the Holy See.

It is noteworthy that doubts about McCarrick's habit of having sex with young students of theology, have been widely known for decades, but the higher leaders of him in the United States and the Vatican have turned a blind eye to them.

McCarrick was dismissed from active duty in June 2018 and stripped of his "Cardinal" title a month later. It is noteworthy that the punishment was the first of its kind for Cardinal in more than 90 years.

We have 318 guests and no members online