Russia .. Creation of materials for phototherapy for cancer 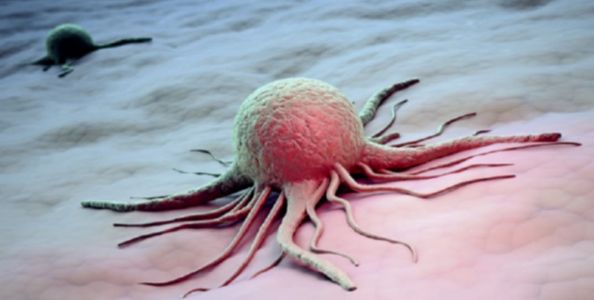 The Russian Ministry of Education and Science announced that scientists of the Kristof Institute of Solution Chemistry of the Russian Academy of Sciences have created less toxic compounds for photodynamic cancer therapy.

"The Institute of Solution Chemistry scientists have created composite materials based on water-soluble tin porphyrins with antioxidant medicinal compounds. These materials allow to reduce the toxic effect of free radicals formed in the cells of living organisms under the influence of active oxygen species," the ministry's information office said in a statement.

The statement indicates that free radicals are very active oxidants that play an important role in the metabolic processes of cells under normal conditions. But when formed in too much concentration, it can lead to its death.

Photodynamic therapy used in the treatment of malignant tumors relies on light-sensitive materials: photosensitizers and light with a specific wavelength, whose effect destroys cancer cells.

The composite material the scientists invented contains tin porphyrins, which have light-sensitive properties. During its absorption, the light moves from the natural state to the excited state. That transfer to oxygen in the body's tissues, which turns into an active form and destroys the cancer cells that accumulate in the sensitizer.

These substances are injected directly into the place of the cancerous tumor, and after exposure to radiation, they move to the active state, which appears as a gloss, and only destroys the cancer cells. And the effect of these substances lasts fractions of a second, that is, the process is instantaneous.

We have 324 guests and no members online