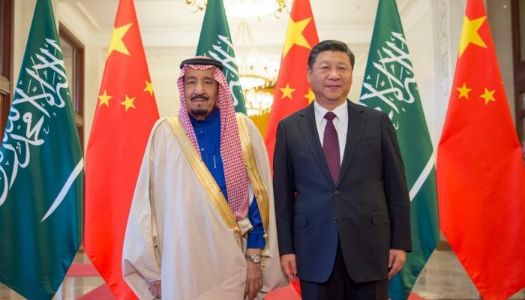 At the invitation of the custodian of the Two Holy Mosques King Salman bin Abdulaziz Al Saud, President Xi Jinping, president of the Republic of China, arrived in Riyadh, on an official visit to Saudi Arabia that will last for 3 days .

The visit of Chinese President Xi Jinping inaugurates a new stage of relations after the launch of the first stage with the establishment of the China-Arab Cooperation forum in 2004, during which he holds bilateral meetings and participates in 3 summits with Arab countries, amid hopes that it will strengthen Arab-Chinese cooperation.

The program of the Chinese President's visit includes holding 3 summits:

A "Saudi - Chinese" summit chaired by King Salman bin Abdulaziz and the Chinese president, with the participation of Crown Prince Mohammed bin Salman.

"Riyadh Gulf-China summit for cooperation and development" with the participation of the leaders of the GCC countries.

The "Riyadh Arab-Chinese summit for cooperation and development", with the participation of the leaders of the GCC and Arab countries.

The three summits will discuss strengthening relations in all fields.

The three summits draw up an upcoming "roadmap" for cooperation in the political, economic, technical and scientific sphere.

Besides paying attention to the realization of the principle of self-reliance, self-sufficiency, as a top priority to ensure better coping with the recurrence of crises.

Strengthening cooperation in the transition to green energy and the green economy.

Supporting economic relations between the Arab countries and China, as the summit is expected to witness the signing of the Joint Action Plan for the strategic dialogue between the Gulf Cooperation Council and China between 2022-2025.

We have 393 guests and no members online