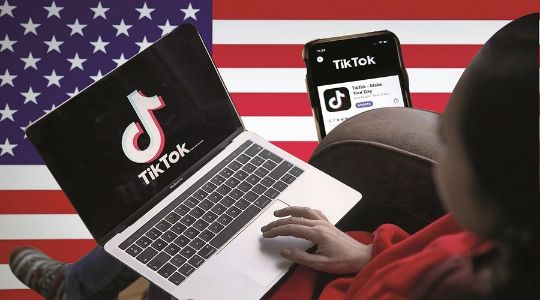 Considering it as a threat to US national security, the director of the Federal Bureau of Investigation in the United States, Chris Wray, expressed fears about the application of "TikTok"

Ray said that the video sharing platform exists in "Chinese hands," as he put it, and then added that it "does not follow the line of our values," referring to American values.

He added that he was concerned about China's ability to monitor the application and control its algorithms, saying that this would lead to the targeting of content, especially if the Chinese wanted to harness it for influence.

China could also use the app to collect users ' data, which could then be used for traditional espionage operations, he said.

"All this is in the hands of a government that does not share the same values with us," the US official said, referring to the Chinese government, adding that what it is seeking does not serve American interests.

The FBI director spoke about his fear of "TikTok" while speaking at the University of Michigan, in a concern expressed by a number of US lawmakers earlier.

In 2020, the administration of former President Donald Trump had warned against blocking the "TikTok" platform in the United States, and exerted pressure so that the platform would be sold to an American company.

US officials are currently in talks with the company that owns"TikTok", in order to reach an agreement that would dispel American concerns.

Meanwhile, the platform "TikTok", which is owned by the Beijing-based company "Bytedance", said in a statement that it provides services in the United States, without violating American laws.

The director of operations at the "TikTok" application, Vanessa Pappas, said during a Senate hearing last September that the company protects the data of All American users, stressing that it is not shared with any other party.