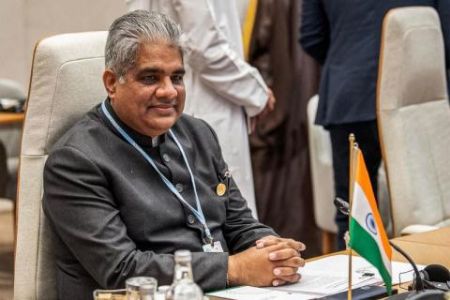 India is seeking during the UN climate summit COP 27 held in Sharm el-Sheikh , Egypt, to agree to phase out all fossil fuels instead of a narrower agreement to gradually reduce coal agreed last year.

At cop26 in Glasgow, Scotland, last November, the countries agreed on a final statement that for the first time committed the parties at the UN climate summit to accelerate efforts towards "non-stop gradual reduction of energy derived from coal" targeting the most polluting fossil fuels.

Two sources familiar with the matter told Reuters on condition of anonymity that India wants to extend this pledge to all fossil fuels.

When asked to confirm whether this was India's position, the spokesman for the Indian delegation at cop27 said, "We did not mention coal at all".

The spokesman said India referred to a report by the UN Climate Science Committee which said that countries must halve emissions by 2030 to achieve climate goals and that this would require a significant reduction in the use of fossil fuels.