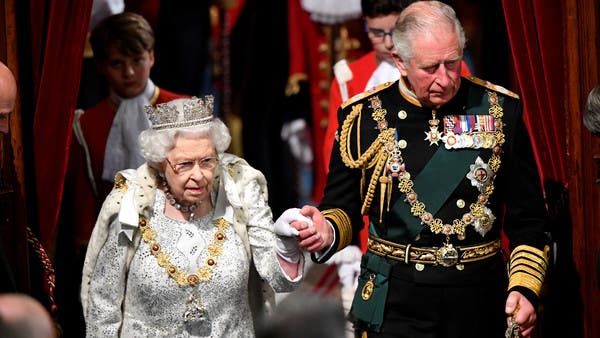 After his official inauguration as Britain's new King on Saturday, and with the death of Queen Elizabeth II, aged 96 on Thursday after sitting on the throne for 70 years, King Charles III said he was "well aware of the great duties and responsibilities" entrusted to the King

The solemn proclamation of King Charles III as King of Britain began, with a council of senior politicians and officials meeting at St James's Palace in London to inaugurate him

The Council announced that "Prince Charles Philip Arthur George is now, by the death of Her Majesty, our King Charles III, may God save the King."

Sitting on the throne, a group of royal leaders and political and religious figures including King Camilla's wife and son William, Prime Minister Liz Terrace and Archbishop of Cantonbury, was declared at St James' Palace to declare Charles III as King of Britain two days after the death of his mother Queen Elizabeth II at the age of 96.

This is the first time the ceremony has been held since 1952, when Queen Elizabeth II took the throne.

During his solemn proclamation as King of Britain at a historic ceremony, Charles said, "I am fully aware of this great legacy and the enormous duties and responsibilities of sovereignty that have now been transferred."

Charles, 73, told the Throne Council, which includes senior political and religious advisers, that he would make every effort to follow the same "inspiring example" as his mother, Queen Elizabeth II, who died Thursday at the age of 96.

"In assuming these responsibilities, I will strive to follow the inspiring example established to support the constitutional government and to seek peace, harmony and prosperity for the peoples of these islands, Commonwealth States and provinces around the world."

The Russian embassy in London said on Twitter that President Vladimir Putin congratulated His Majesty King Charles III on taking the United Kingdom throne to Charles III and wished him "success."

On Saturday morning, the "Council of Sitting on the Throne" met.

Charles III thanked his "beloved mother" and promised to serve the British throughout his life, reusing the same phrases used by Queen Elizabeth II during her first speech when she became Queen of 1952.