The U.S. ambassador is terminating his work and leaving Russia unexpectedly. Find out why? 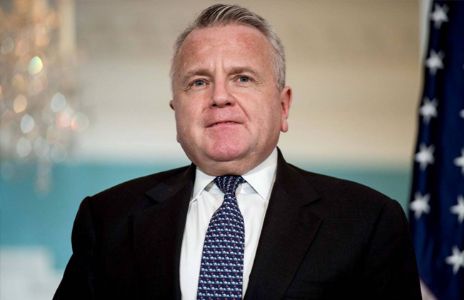 Last Sunday, the press service of the U.S. Embassy in Russia announced the termination of U.S. Ambassador John Sullivan's service in Moscow and his departure from the country.

Sullivan announced today that the reason for his unexpected termination and departure from Moscow was for non-political reasons.

"Sullivan left office unexpectedly because his wife Grace Rodriguez was very ill, and she had cancer," Politico wrote, quoting the diplomat himself.

Sullivan noted that the decision to terminate employment in Russia was due to his wife's condition, not because of the situation in Ukraine or the policies of US President Joe Biden.

Sullivan was reportedly appointed in December 2019 and the diplomatic mission stated that he would be 40 years in the public service. During his lifetime, Sullivan served in the term of five U.S. presidents, including as Deputy Secretary of State, and senior positions in the U.S. Ministries of Justice, Defense and Trade.