Taliban: We have no information about Ayman al-Zawahiri's presence in Afghanistan 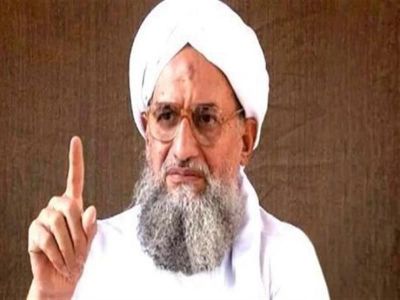 After questioning the presence of al-Qa 'idah leader Ayman al-Zawahiri, who had been killed in Kabul for days by an American strike, over the Taliban's fulfilment of its pledge not

The Taliban announced Thursday that they had "no information" about the presence of al-Qa 'idah leader Ayman al-Zawahiri in Afghanistan.

In an official statement, as the first time the Taliban had named Zawahiri since the announcement by the US President, the Taliban government said that "the Islamic emirate of Afghanistan has no information on the arrival and presence of Ayman Zawahiri in Kabul".

The Kabul government "requested intelligence services to conduct an in-depth and serious investigation into the incident," the statement added.

"We once again strongly condemn the fact that America has invaded our territory and violated all international principles. If such action is repeated, the United States of America will bear responsibility for all the consequences. "

In its statement Thursday, the Taliban reaffirmed that there is "no threat" to any country from Afghan territory.

The attack on Al-Dhahra is the first known US attack on a target in Afghanistan since Washington withdrew its troops from the country on 31 August 2021, days after the Taliban returned to power

US Secretary of State Anthony Blinken said that by "hosting and harbouring" Zawahiri "the Taliban had flagrantly violated the Doha Agreement, which provided for the exit of American troops from Afghanistan.

Within the framework of the agreement, the Taliban pledged not to allow Afghanistan to become a launchpad for international jihad again, but experts say that the group has never severed relations with al-Qa 'idah.

We have 80 guests and no members online