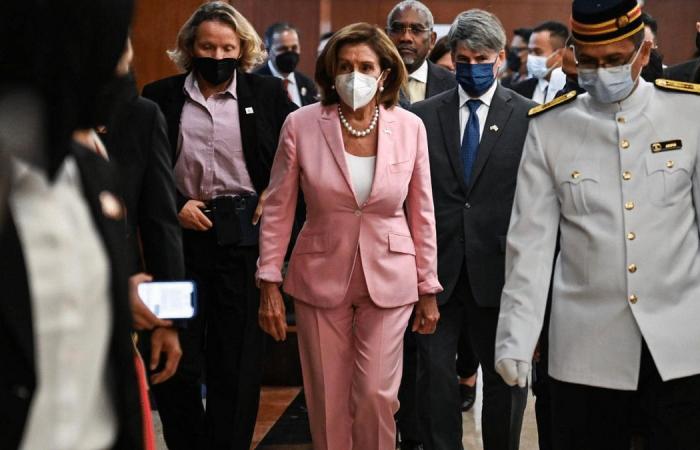 In response to House Speaker Nancy Pelosi's visit to Taipei, China announced on Wednesday the suspension of importing some fruit and fish from Taiwan, as well as the suspension of exporting natural sand from China to the island

China's customs administration today decided to suspend the import of citrus fruits and some fish from Taiwan. It confirmed that it had "repeatedly" detected a type of harmful parasite on citrus fruits and recorded excessive levels of insecticides.

For its part, the Ministry of Commerce also announced that "the export of natural sand used in the beton and asphalt industry is suspended, and Taiwan relies heavily on China for its supply. to Taiwan ", as of Wednesday, without any explanation.

On Tuesday, Taiwan's Agriculture Council said China had invoked regulatory violations to suspend the import of various goods from the island, such as fish, tea and honey products.

China is Taiwan's largest trading partner, with trade trading up 26% in 2021, reaching $328 billion.

China has decided to ban imports from more than 2,000 Taiwanese food companies as of Monday in a warning to the self-governing island ahead of a visit by U.S. Speaker of the House of Representatives, Nancy Pelosi.

It was unclear whether there were further suspensions, but Taiwan's largest exports to China in value were electronics, spare parts, machinery, plastics and chemicals.

China has already suspended the import of a large number of food products from Taiwan since last year, citing concerns about agricultural pests, which Taiwan has strongly denied.

In 2021, China's imports from Taiwan hit a record $189 billion, according to Taiwanese official data.