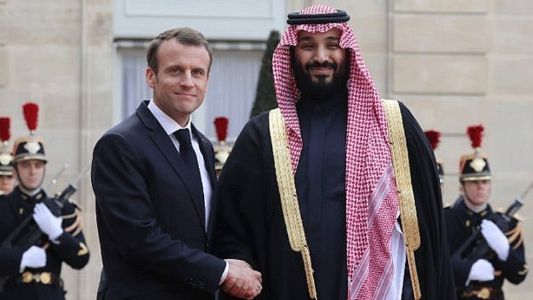 On the second and final stage of his European tour, Saudi Crown Prince Mohammed bin Salman arrived at the Elysee Palace in Paris for a summit with French President Emmanuel Macron to discuss relations between the two countries and ways to strengthen them in various fields.

The crown prince had visited Greece on Wednesday, and the visit saw the two countries sign a number of memorandums of military and economic cooperation.

The Saudi and French sides are scheduled to discuss a number of issues, most notably Iran's nuclear file and its support for the Houthi terrorist militias, as well as the energy crisis and Russia's special military operation in Ukraine.

They will also discuss Lebanon's presidential elections, the importance of implementing political and economic reforms as an international demand for security, stability and prosperity away from external interventions and the control of Iran's militias over the decision in the country, and the strengthening of bilateral relations between the two countries.