Chinese President: We attach great importance to the development of relations between China and Egypt 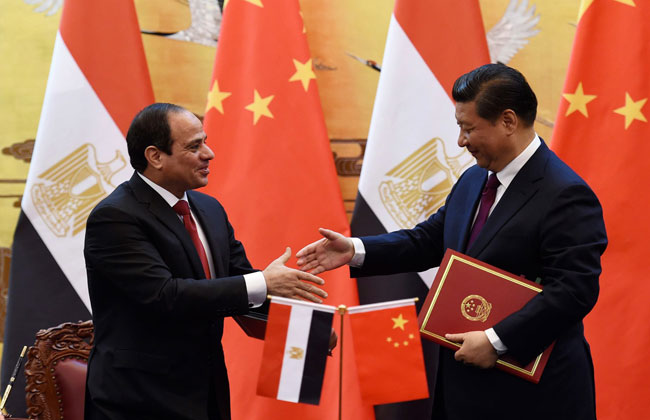 In a congratulatory letter sent by Chinese President Xi Jinping to the Egyptian President, Abdel Fattah el-Sisi, on the occasion of the 70th anniversary of the 23 July 1952

Revolution, praising Egypt's prosperous development and its great influence in regional and international affairs. China's president, Xi Jinping, said Egypt was strongly committed to an independent path in recent years, according to a statement from the Chinese Foreign Ministry.

In his letter, the Chinese President referred to the High-level Dialogue on Global Development last month, which he attended with El-Sisi, calling the dialogue "productive," adding that it was a strong call for common development and prosperity.

Xi Jinping added that he "attaches great importance to the development of relations between China and Egypt, and stands ready to make joint efforts with President el-Sisi to strongly support each other, and strengthen bilateral cooperation under the" Belt and Road "initiative.

The "Belt and Road" initiative proposed by China in 2013 includes the economic belt of the Silk Road and the 21 Century Marine Silk Road and aims to build trade and infrastructure networks linking Asia to Europe and Africa along the Old Silk Road and beyond.

In a letter congratulating his Egyptian counterpart, the Chinese president added that he was "ready to work with the latter on cooperation to implement the Global Development Initiative, protect the common interests of developing countries, and pursue the goal of building a" Chinese-Egyptian "society with a common future in the region, in a new era to benefit both countries and their peoples."