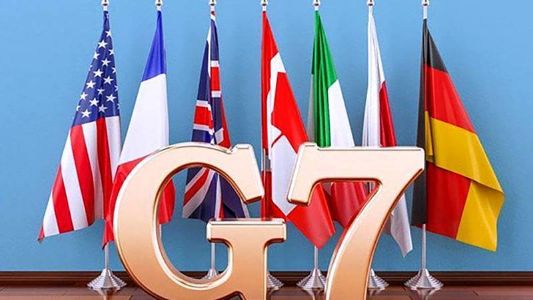 In one of the most beautiful areas of the Alps, its remote location makes it an ideal place for quiet seekers, and for the second time in less than a decade, near the Austrian border, the G7 Leaders Summit takes place at Elmao Palace, which meets high standards

Germany, which holds the rotating presidency of the Group, announced the presence of 5 guest States of the Summit, namely Argentina, India, Indonesia, South Africa and Senegal, representing the world's continents.

According to analysts, the Big Seven summit talks will focus on Ukraine's war, Russian sanctions, climate protection, the fight against the pandemic and the current food crisis, as well as strengthening international cooperation and democracies around the world.

The abbreviation of G7 stands for 7 countries, namely Germany, France, Britain, Italy, Japan, Canada and the United States. Between 1998 and 2014 Russia was also a member, during which time the group was called G8, and due to the annexation of Crimea by Moscow, Russia was excluded from this gathering.

The G7 summit is co-secured by 7 thousands of German federal police, the largest security task in Bavaria in years. According to the Munich police, a monitoring unit was established in the city of Grezen to prepare for the summit, and travellers had to expect random checks along Germany's border with neighbouring countries.