Castle Journal British Press and Media Holding Corporation announces For the award of the Castle Nobel International Prize in "History and Culture" for the year 2021/2022 by the Egyptian Minister of Tourism and Antiquities, Dr. Khaled Al-Anany 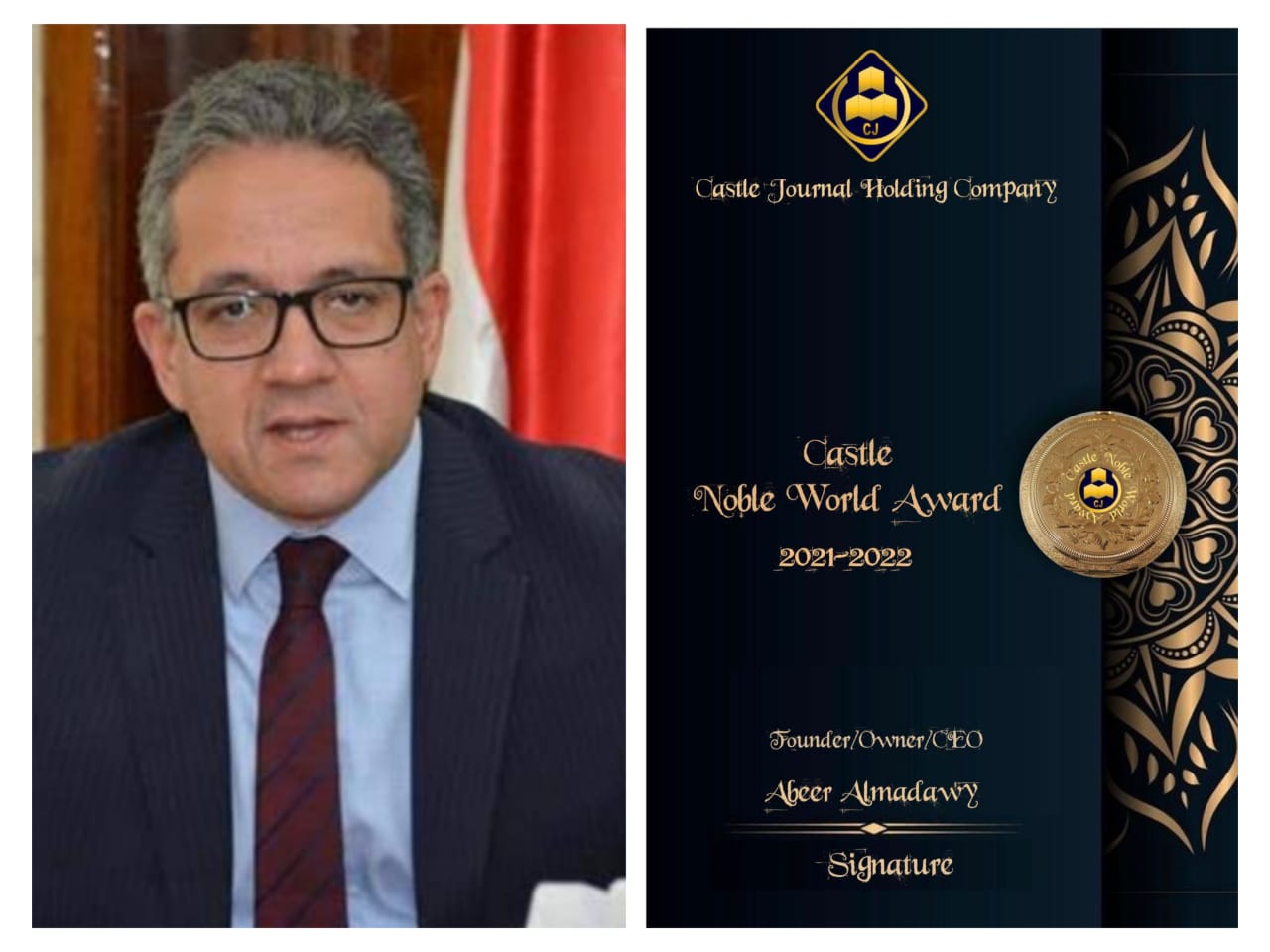 The winner of this year's "Noble" award was Dr. Khalid Al-Anani, Minister of Tourism and Antiquities of Egypt.

Dr. Khaled Alanani is the current Egyptian Minister of Tourism and Antiquities in the government of Mustafa Madbouli. He was born on 14 March 1971 in Giza.

He graduated at the School of Tourism Extension, was appointed as an assistant teacher at Halwan University, and received a doctorate in Egyptology.

Professor of Egyptology and Tourism, Department of Extension, Faculty of Tourism and Hotel Management, University of Halwan, since 2011.

Correspondent member of the German Archaeological Institute in Berlin, and former director of the Open Education Center "2010, 2012."

He taught ancient Egyptian, civilization and antiquities at many public and private universities.

In the master's programme, he studied the Integrated Tourism and Regional Planning Course at the University of Palermo.

He holds a doctoral fellowship in France, awarded by the Egyptian Ministry of Higher Education.

Delivered over 20 lectures, conferences and seminars in France, Germany and Switzerland

Member of the scientific committee of the French journal Égypte

Member of the Scientific Council (since 2014)

Member of the official Egyptian delegation to the Eleventh International Congress of Egyptologists in Florence, Italy (23-30 August).

Member of the official Egyptian delegation to the Ninth International Conference of Egyptologists in Grenoble, France

He has supervised the Museum of Civilization since 2014, and the Egyptian Museum of Liberation 2015.

The French government imitated the Knight's Medal of Arts and Literature in the garden of the French Institute of Oriental Antiquities in Cairo.

We have 162 guests and no members online