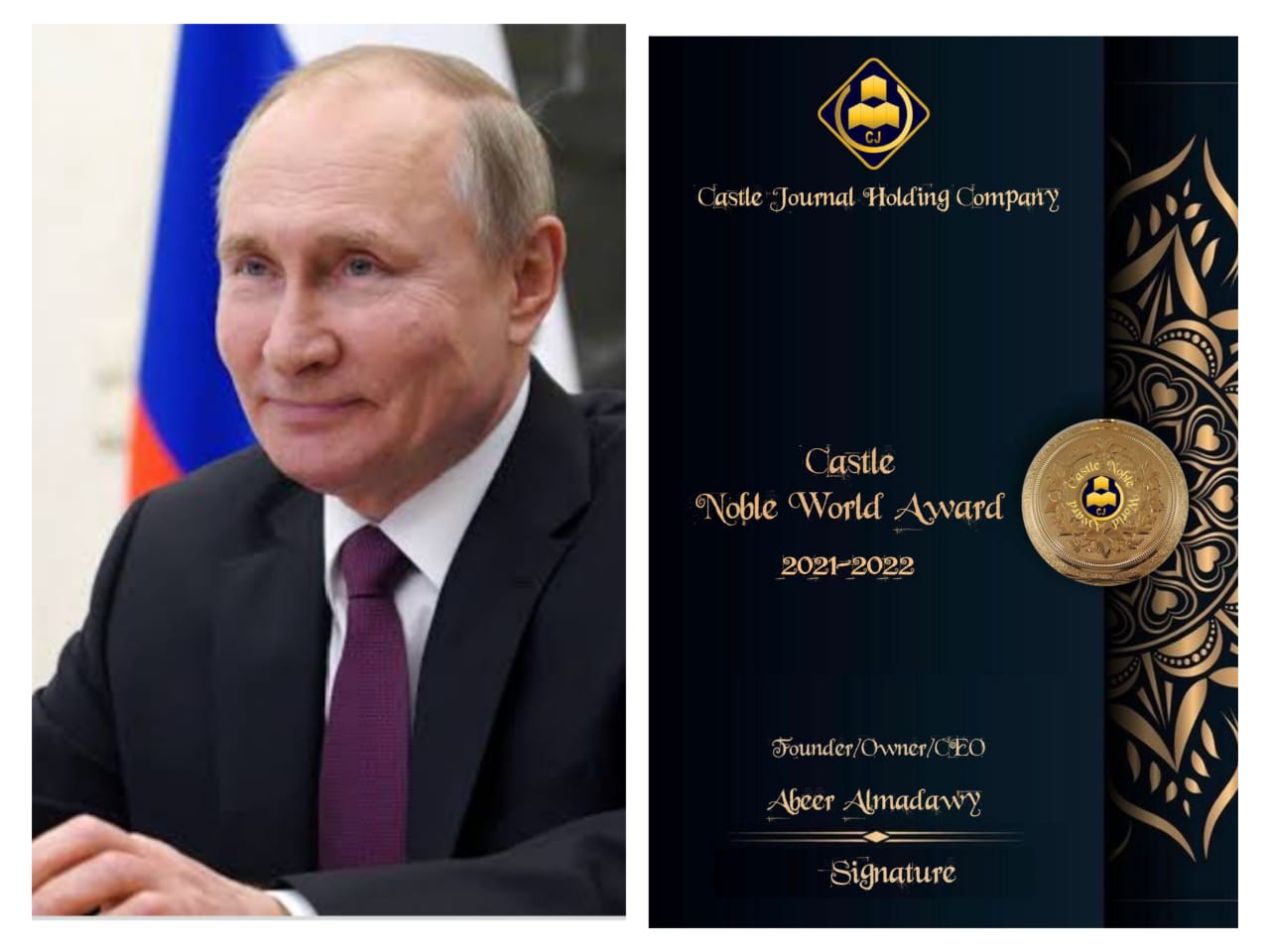 The winner of this year's "Noble" award was:

He is a Russian politician and former intelligence officer who has been President of Russia since 2012, previously from 2000 until 2008. Between his two terms of office

He studied law at Leningrad State University, graduating in 1975.

Putin served as an intelligence officer in the Soviet Intelligence Service for 16 years.

He was appointed Prime Minister and when Yeltsin resigned he became Acting President on 31 December 1999.

In September 2011, Putin announced that he would seek a third term as President of Russia.

He won the March 2012 presidential election with 64% of the vote.

In the March 2018 presidential election, Putin received 76% of the vote and was re-elected for a six-year term ending in 2024.

We have 126 guests and no members online