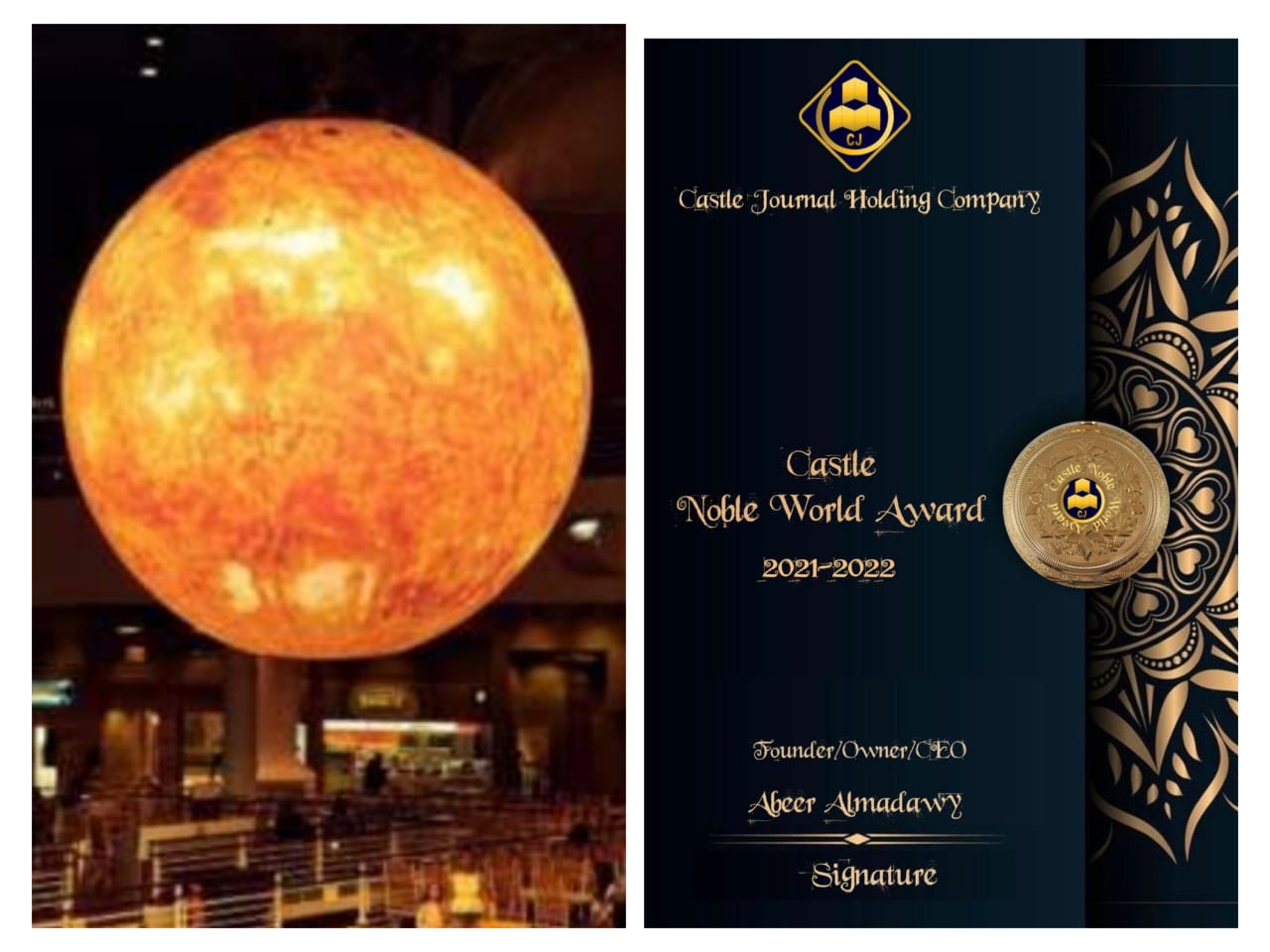 The winner of this year's "Noble" award was:

As part of Beijing's quest for Clean Energy Without Borders, China has reached an unprecedented nuclear breakthrough, thanks to the Artificial Sun nuclear reactor that it developed. The Advanced Experimental Superconducting Control Center of Tokamak Plant has created a nuclear fusion reactor called Artificial Sun.

The Chinese Tokamak superconductivity experimental device is one of the most visible nuclear fusion research devices operating around the world, and over the past few years it has begun to take impressive steps forward.

It is designed to replicate the naturally occurring process of nuclear fusion into the Sun and stars to provide almost unlimited clean energy.

The ultimate goal of China's nuclear fusion reactor, called the "artificial sun," is "to keep the temperature at a constant level for a long time."

The idea behind nuclear fusion research is to recreate the process used by the Sun to produce huge amounts of energy, where extreme heat and pressure combine to produce plasma in which atomic nuclei merge at incredible speeds.

Bringing them closer to the long-awaited goal of clean and unlimited energy, Chinese government media reported that scientists working on the project had achieved a new world record by keeping a plasma at 120 million degrees Celsius, for 101 seconds, in the latest round of their experiments.

The operation achieved a maximum temperature of 160 million degrees Celsius for 20 seconds. More than ten times the temperature of the Sun, where Chinese scientists hope the Tokamak Advanced Superconducting Experimental Plant (EAST) will open a strong green energy source

The researchers aim to keep the plasma at about 100 million degrees Celsius for more than 1000 seconds, or about 17 minutes.

The reactor, located in Anhui Province, eastern China and completed late last year, is often called the "artificial sun" because of the enormous heat and energy it produces, and is based in the Hefei Institutes of Physical Sciences of the Chinese Academy of Sciences.

The ruling Communist Party's newspaper People's Daily said: "The development of nuclear fusion energy is not only a means of solving China's strategic energy needs, but also of great importance for the future sustainable development of China's energy and national economy."

Chinese scientists have been developing smaller versions of the fusion reactor since 2006.

These experiments seek not to generate usable electricity, but to develop the field of nuclear fusion physics for competent devices such as the Iter, which will be the world's largest fusion reactor when it is completed in 2025.

It is the largest global scientific cooperation effort since the International Space Station was established more than 20 years ago.

Chinese scientists plan to use the device in collaboration with scientists working at the International Thermonuclear Experimental Reactor (ITER), the world's largest nuclear fusion research project based in France, which is expected to be completed in 2025.

The fusion is the "holy grail" of energy, which provides our sun with the energy that burns at about 15 million degrees Celsius.

It integrates atomic nuclei to produce vast amounts of energy, reversing the fission process used in atomic weapons and nuclear power plants, which divide them into parts.

Unlike fission, fusion produces no warm gases and carries less risk of accidents or theft of atomic material.

Integration is extremely difficult and expensive to achieve, with the total cost of the international thermonuclear reactor (ITER) estimated at $22.5 billion.

We have 547 guests and no members online