Spain: Egypt dazzles the world with the opening of the Kabbash Road, the largest open museum in the world 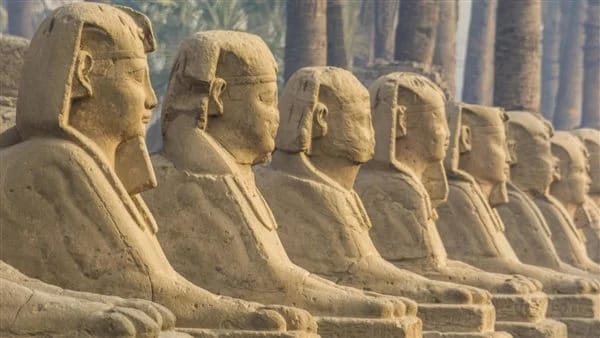 One of the Spanish newspapers highlighted Egypt's global celebration tonight with the opening of the more than 3,500-year-old Al-Kabbash Road, one of the most important monuments in the province of Al-Asr. Its sculptures are carved from sandstone and its trajectory extends from the Temple of Karnak to the Temple of the Shorter by 2,700 metres.

The Spanish newspaper reported that the event, which is expected by the world tonight and proceeds from southern Egypt, is the largest archaeological event, similar to the Golden Show of the Pharaoh Kings, which took place in April of this year, when the Royal Mummies were transferred in a majestic procession from the Egyptian Museum of Liberation to the National Museum of Egyptian Civilization in Ph.

The Egyptian government aims to turn this project into one of the most important tourist attractions, in addition to seeking to establish itself as the largest open museum in the world.

She noted that this historic site was first rediscovered in the 1940s, and that on each side of the street there are approximately 1300 sculptures with headstones guarding those walking between temples.

"Fathi Yassin," the Director of Upper Egypt Relics, stated in his statement on the short-lived tourism boom after the opening of the ancient Ramse Road, which is part of the history of mankind, said that opening this road to the public for the first time was the result of years of hard work involving a large number of archaeologists, curators and prospectors.

It should be noted that the way of the kabbash is known as the way of the processions of the gods. It dates back to the age of the 18th dynasty of the ancient Egyptian state during the reign of Queen Hatchpot to celebrate the flood season, while it was known as "Opt" before the road was flooded underground by centuries and times.

Yassin added that the celebration of this Holy Pharaonic Occasion lasted from 11 to 27 days, including folk celebrations and official ceremonies in the form of a majestic procession from the Temple of Karnak to the Temple of the Shorter.

The walls of the Temple of Shorter document in detail the manifestations of this ceremony, from the porters of sacred boats, musicians and sacrifices made on this occasion thousands of years ago reflecting the holiness and importance of the road to the ancients.

We have 40 guests and no members online