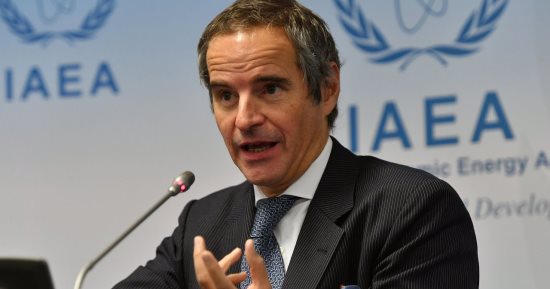 Pending the resumption of international discussions on a possible revival of the nuclear agreement with Iran in Vienna, Iran announced that the Director General of the IAEA, Rafael Grossi, will visit Tehran early next week.

The spokesman for the Iranian Atomic Energy Organization, Behrooz Kamalondi, stated that Grossi will arrive in Tehran next Monday evening, November 22, and that Tuesday he will hold a meeting with the organization's president, Mohammad Islami, and Iranian Foreign Minister Hossein Amir Abdellahian.

The Director of IAEA is expected to discuss with the Iranian leadership the controversial points between the two sides, including the failure of the Tehran Government to allow international inspectors to repair the damaged cameras at the Karj nuclear site.

Grossi had previously announced last week that he still hoped to visit Iran before the IAEA Board of Governors meeting scheduled for November 22, but had not yet received an invitation from Tehran.

Grossi was surprised at the lack of communication with his agency by the new government that came to power in Iran last August.

We have 384 guests and no members online