On a phone call. Putin and Sisi are looking at bilateral cooperation and the implementation of joint projects between Egypt and Russia 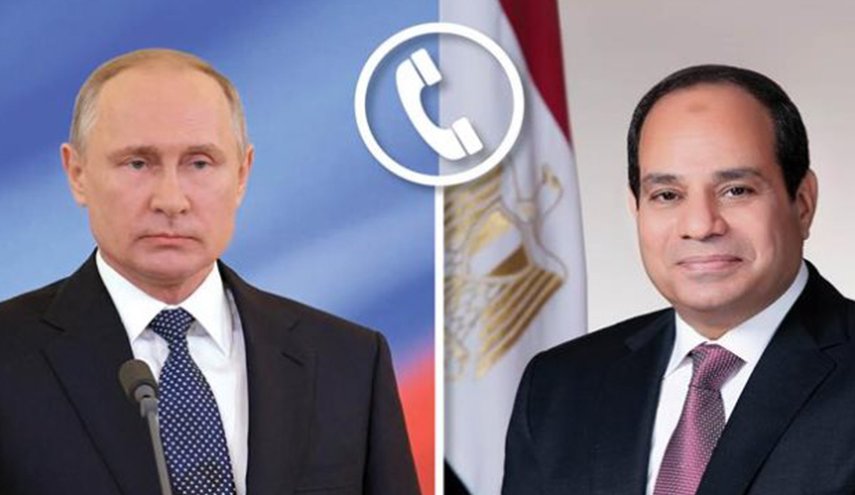 President Abdel Fattah al-Sisi has paid a price to the extended partnership with Russia, which culminated in the conclusion of the Comprehensive Strategic Partnership Agreement between the two friendly countries, and opened up new prospects for bilateral cooperation in many areas and joint projects, in addition to those being implemented.

For his part, President Vladimir Putin of Russia stressed his country's desire to continue to promote fruitful and close cooperation between the two friendly countries, as well as the importance it attaches to coordination and regular consultation with the President on various regional and international issues.

Putin also expressed appreciation for the personal efforts of the Egyptian President in the regional and international files in the region, which have strengthened the political tracks for the settlement of crises.

"Communication has seen discussions on a number of topics of bilateral relations between the two countries, in particular cooperation in the economic, industrial and energy fields, as well as an update on the operational position of the Al-Faba nuclear power plant project, as well as the establishment of the Russian industrial zone in East Port Said," said Egyptian presidential spokesman Bassam Radhi.

We have 65 guests and no members online