World leaders are coming to Scotland for the Glasgow Climate Summit 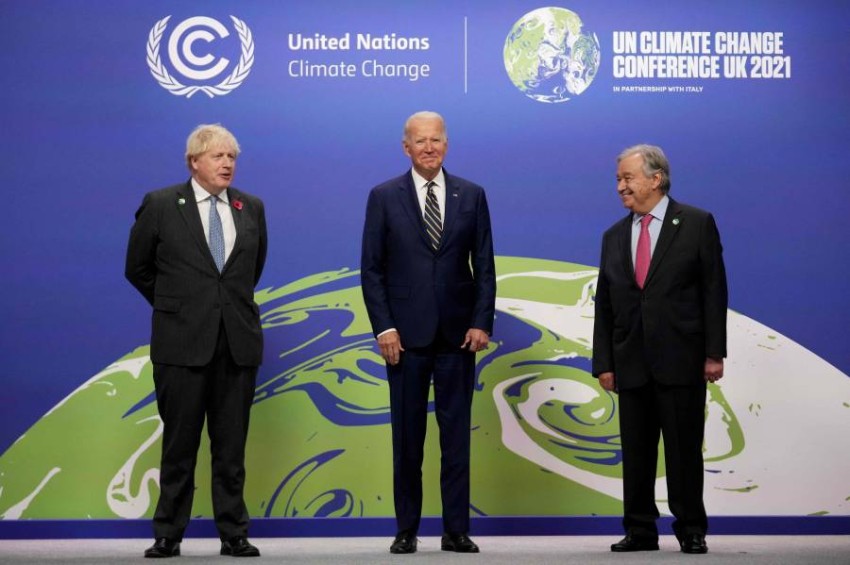 In the Scottish city of Glasgow, the two-week climate summit is taking place and discussing the international response to the climate crisis.

In front of a giant poster of the planet Earth against a blue background, British Prime Minister Boris Johnson and United Nations Secretary-General Antonio Guterich greeted the leaders one by one with greeting and smiling this morning.

At the summit organized by the United Nations, called "Cup 26," representatives of more than 190 countries participate, and come amid unprecedented challenges to climate change that emerged in the natural disasters that struck many regions of the world earlier in 2021.

Coming from Rome, US President Joe Biden arrived in Scotland to participate in the UN Climate Conference "COP26," where he attended the G-20 summit.

As part of the Paris Climate Agreement of 2015, States have agreed to reduce global greenhouse gas emissions, limit global warming this century to 2 degrees Celsius, as measured by the pre-industrial age, and pursue efforts to stop warming at 1.5 degrees Celsius.

The Convention included States' submission of their action plans and how to achieve their objectives, which would be discussed at the forthcoming summit.