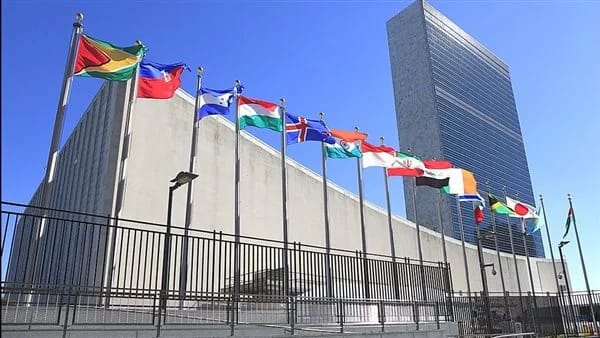 This evening, United States police cordoned off a site in front of United Nations Headquarters in New York City after receiving a report of a suspicious package found there.

According to preliminary information received from one source, the package turned out to be a box of flowers, while the security services refused to disclose further details of the incident.

Media reports indicated that the bomb unit immediately headed to the scene in New York, and a police component confirmed to one of the media that "traffic was stopped because of an emergency" without further details.

Police have imposed a security cordon around a side of the road in front of the World Organization building, stopping traffic between th and 46th Streets.

We have 407 guests and no members online