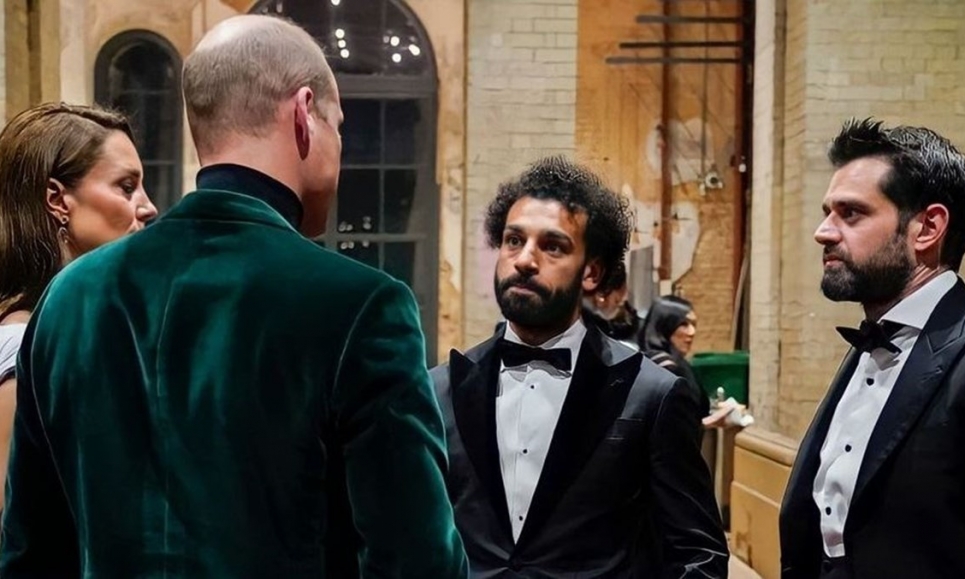 At the World Earthshot ceremony in London, the winner of the award surprised Egyptian star Mohamed Salah when he sent him a message during his speech.

The ceremony provides 5 awards, worth £1 million, for five independent projects that are pioneering environmental protection and contributing to the climate change and environmental pollution industry.

In presenting the environmental prize, Salah said in English: "I am excited to be awarded this award because I grew up near the waters and the Mediterranean Sea (in Egypt), which is vital to life in the region, just like all the seas and oceans of our planet."

He added: "By the end of the century, there may be more plastic than fish in the ocean unless we do something now. It's scary. But finalists have found ingenious solutions to revive our oceans. "

The surprise came from the winner of the award, who sent a message to Mohamed Salah, who received a big tribute and a warm applause from the big audience.

After Salah announced Coral Vita as the winner of the Ocean Award, presenter Dermot O'Leary said: "Congratulations to you, Sam and Gator. You, Gator, I know you're a big fan of Liverpool, so the award by Mohamed Salah means a lot to you."

Gator Halpern, one of the founders of the winning organization, responded by using the phrase "will not walk alone" among Liverpool Club audiences: "You'll never walk alone, Mo Salah. I love you," which led to a sharp applause from the crowd and a big smile from Salah.

We have 468 guests and no members online