An American official. An international meeting to fight malice ransom. Russia is neither invited nor reluctant to participate in the future 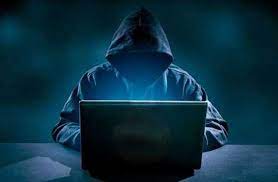 In a hypothetical meeting to combat the growing threats from malicious ransom programs and other cyber crimes, a senior US administration official said Russia had not been invited to the meeting, which involved 30 countries led by the US.

Some American officials and analysts also suggest that Russian ransomware gangs operate with the Kremlin's implicit approval, but are not under direct government control.

The meeting takes place over a two-day period and includes six sessions on, inter alia, addressing the misuse of virtual currency to launder ransom payments, prosecuting ransom criminals, using diplomacy to combat malicious programmes, and helping States to become more resilient to such attacks, depending on who is responsible in the United States Administration.

Four countries, including India, Australia, Germany and Britain, as well as the United States, are leading discussions on topics such as imbalances, virtual currency and diplomacy.

The senior official of the Department said: "We have active discussions with the Russians, but in this particular forum they have not been invited to participate," adding that this does not prevent Russia from participating in future events.

The official added that the United States was dealing directly with Russia on the issue of malicious ransom programmes under the group "United States and Kremlin Experts," led by the White House, and created by President Joe Biden and his Russian counterpart Vladimir Putin.

We have 466 guests and no members online