Zoom ... .. Faced with problems and total disruption & The application responds 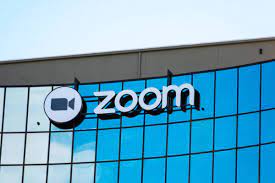 Many users of the famous video talk "Zoom" have come from difficulties with complaints following the total interruption of service.

The website DownDetector, which follows the state of the famous digital platforms, said that problems began in Zoom at about 8:45 GMT, and the fallout reached around the world.

The website reported receiving dozens of reports of the app's malfunction.

In a tweet, the app reportedly just said: "We are aware that a group of clients are experiencing difficulties in joining meetings."

He was investigating the current complaints, stating that he would inform the public of any update and apologize for any inconvenience. "