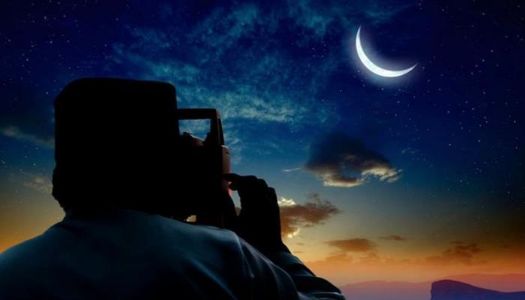 At a time when most Islamic countries will investigate the Eid Crescent on the evening of Tuesday, May 11, 2021, the International Astronomy Center announced its expectations for Eid Day in those countries.

The Director of the International Astronomy Centre, Mohamed Shaukat Redd, revealed that for those countries that would investigate the Crescent on 11 May, seeing the Crescent on that day would be "impossible" because of the Moon before the Sun and because of the conjugation of the Crescent after sunset, thus completing several Ramadan, 30 days, and Christmas Day, with astronomy calculations, on Thursday, 13 May.

The Centre noted that the States that began the month of Ramadan on Wednesday, 14 April, will investigate Al Eid Hills on Wednesday, 12 May, including Brunei, India, Bangladesh, Pakistan, Iran, the Sultanate of Oman, the Kingdom of Morocco and several non-Arab African Islamic States in Africa.

He said back: "For the countries that will investigate the Crescent on Wednesday, May 12, the Crescent can be seen today using the telescope from the eastern Islamic world and the Arab states of Asia and Europe.

He added: "In most of these countries, Eid is expected to be Thursday, May 13, as well, while in some such as Pakistan and Brunei, Friday, may be May 14, as the Crescent cannot be seen on Wednesday from these areas with the naked eye.