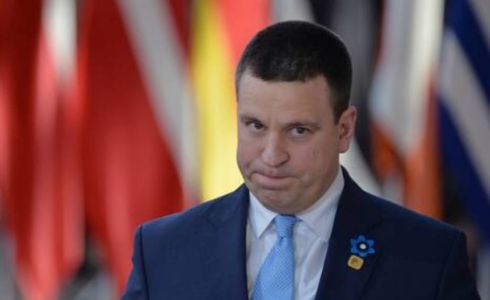 Ratas confirmed that he would inform the country's president, Kirsty Kaliolaid, of his decision to leave his post, indicating that this step would lead to the resignation of the government as well.

The Prime Minister stated, in a message he published, that he decided to resign after consulting with the leadership of his Wasat Party and his closest colleagues, describing this as "the only correct decision in the current circumstances."

Ratas' resignation comes in light of the announcement by the Prosecutor and the Security Police in Estonia, last Tuesday, that criminal charges were brought against the Center Party and five people, including its Secretary General, Mikhail Korb, and the advisor to the Minister of Finance, Kirsty Kracht, of committing corruption crimes by concluding an illegal deal with a man. Business, Hilar Teddyer.

We have 402 guests and no members online