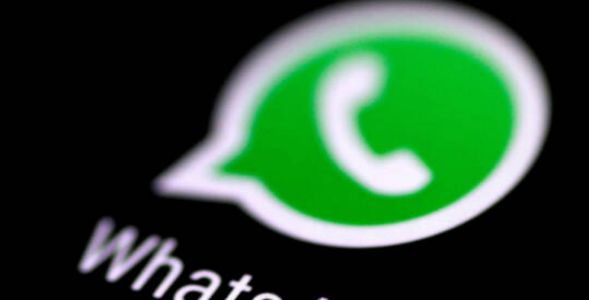 The British "Daily Mail" site revealed that more than 100 billion messages were sent through the "WhatsApp" instant messaging application, on New Year's Eve.

He pointed out that this large number of messages on the same day is more than any other day in the history of this application, as among this huge amount of default messages, there were more than 12 billion images.

The record represents a new rise in the popularity of the application, as it continues to spread around the world, according to the "Daily Mail".

According to the British site, the British acquired more than 900 million messages, while the percentage of messages sent from the Indians reached more than 20 billion messages, as the site pointed out that welcoming the New Year and entering into a new contract may make it difficult to break the record number of messages in a day. One is for the future, with New Year's Eve 2020 a likely candidate.

"As you know, people all over the world celebrated the start of this contract with friends and family, but many of us who were unable to celebrate with their loved ones in person, resorted to their phones to share their New Year's wishes with others," WhatsApp said.

Although it is likely that messages are mostly greetings and congratulations, WhatsApp cannot confirm the content of the messages, due to the complete encryption between the parties.

For its part, the "WhatsApp" company clarified, saying: "The complete encryption between the parties in WhatsApp ensures that you and the person you are communicating with are the only ones who can read what is being sent, and no one else can read that, not even WhatsApp."

She added, "Nevertheless, it is fair to assume that a very large number of messages sent on December 31 were wishes for a Happy New Year."

We have 169 guests and no members online