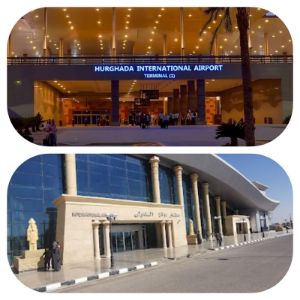 As part of its tireless efforts to exchange experiences and keep abreast of the latest developments in the field of aviation and airports, the holding company for airports and

aeronautics participates in the activities of the International and African Airports Council WAGA 2022 conference and exhibition, which will be held from October 22 to 28, 2022 in Marrakech, Morocco

During the ceremony of announcing the Excellence Awards presented by the African Airports Council, which is the largest gathering of airports in the world, and is of interest to decision makers and managers of international airports, it was announced that both Hurghada and Sohag international airports won the Excellence Awards in safety management systems at the level of the continent of Africa for the year ٢٠٢٢, where Hurghada International Airport - Hurghada airport also received the same award at the level of airports in the North African region, while Sohag International Airport received the Safety Systems Management Award for the category of airports that operate less than ١٠ thousands of flights annually.