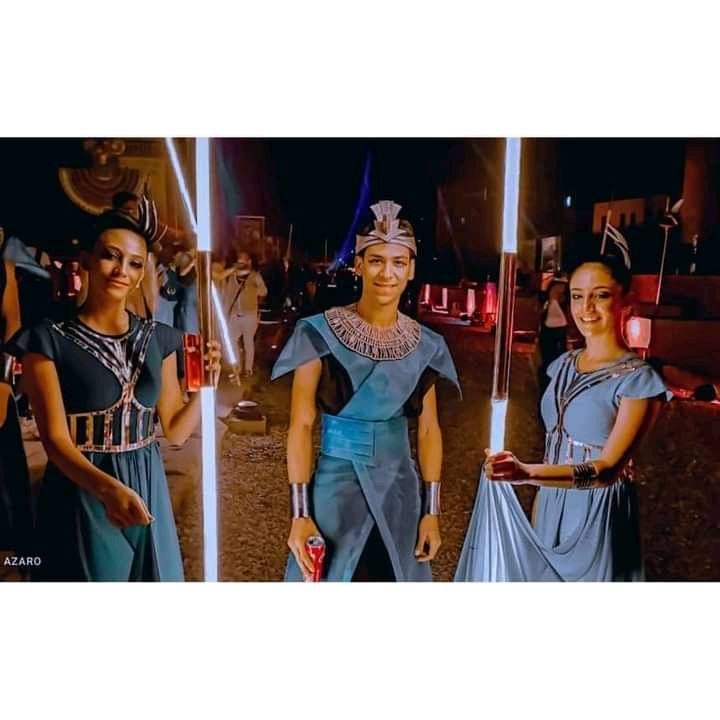 The ceremony will begin with Sunset on Thursday, November 25, and will begin with a gradual panoramic illumination of the Temple of Shorter and the Kabbash Road along about 3 kilometers.

At the same moment, the West Mainland and the Hatchpot Temple are illuminated and masculine, so that the laser lights go off, and the sky hugs.

The of the Nile will move three floating golds designed in the pharaoh style, symbolizing the trifling of pharaoh-idols Amun, Mut and Khansu.

Sailboats colored in optical shorter identity colors will be launched.

A number of balloons were launched in the shorter sky to mark the opening.

From inside the Temple of the Shorter, the official ceremony begins with the exit of three Holy Trinity-style characters, carried by young men in pharaonic clothing and advanced by the bearer bearings, from the sacrament through the first edifice of the temple, to the statues of Abu Al Hul, beginning with the way of Al Kabbash.

With the beginning of the procession, the Philharmonic Orchestra is played by Maestro Nader Abbasi, who will play pharaonic music, and then chant Amon, which is revived with the same pharaonic words.

The artist Mohamed Hamaqi shares a tribute song to visitors to the Shorter, which is broadcast in conjunction with a dance segment from the Savoy Market.

A number of paragraphs have been recorded at the Temple of Hachpsut and Karnak, and a number of archaeological sites in the city, to be broadcast in conjunction with the ceremony similar to the parade of the mummies.

A number of horse carts have been fitted with the shorter ones, illuminating their sides, as they will be involved in the reincarnation of the famous Reza band, Our Shorter Country of Tourists.