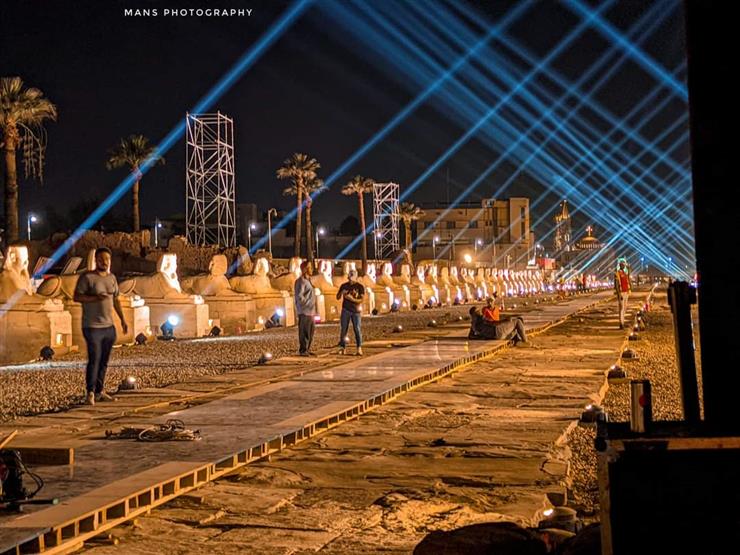 After the completion of its development project, the world's eyes go to the tourist town of Al-Qasr, southern Egypt, this evening, to follow the upcoming opening of the Al-Kabbash Archaeological Road, the world's oldest archaeological route.

The Director of the Antiquities of Upper Egypt, Al - Qasr Fathi Yassin, predicted that Al - Qasr would experience a tourist surge after the opening of the Al - Kabbash Archaeological Road, which is part of the history of humanity.

The opening of the road to the public for the first time was the result of years of hard work involving a large number of antiquarians, curators and diggers.

He explained that the Kabbash Road development project began in 2007 and was discontinued in 2011, then resumed in 2017 until the current year.

The Khabash Road is defined as the path of the processions of the gods and dates back to the age of the 18th dynasty of the ancient Egyptian State under Queen Hatchpot to celebrate the flood season, known as Ubet, before the underground road faded over the centuries and the succession of times.

Yassin added that the celebration of this sacred pharaonic occasion lasted from 11 to 27 days and included a popular ceremony and a solemn ceremony consisting of a majestic procession from the Temple of Karnak to the Temple of the Shorter with the participation of God Amun, God Khonsu and God Mott.

The walls of the Temple of the Shortest document in detail the manifestations of this ceremony from the bearers of the holy boats, the soloists and the sacrifices that were slaughtered on this occasion.

The scapegoat stands for God Amon, God of the Temple of Crank, and statues in the form of a human being in the body of a lion symbolize God Abby the Hull.

The Kabbash Road project aims to transform the City of Shorter into the largest open world museum by connecting the temple of Shorter and Karnak.

We have 472 guests and no members online