The Ambassador of the Dominicans. Protocol on Cooperation and Friendship between Sharm el-Sheikh and Tourist Larumana 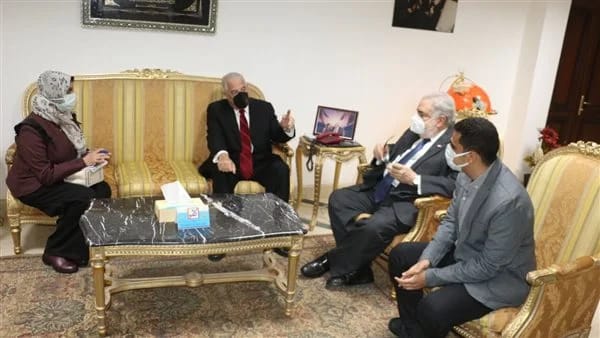 The Ambassador of the Dominicans, Manuel Morales Lama, met today with General Khalid Voda, Governor of South Sinai, at the Governor's Office in Sharm el - Sheikh.

For his part, at the beginning of the meeting, the Governor of South Sinai welcomed the Ambassador of the Dominican Republic, noting that this was the first visit of the Ambassador of the Dominican Republic to the city of Sharm el-Sheikh. The Dominicans were very happy to meet with the Governor of South Sinai and to visit Sharm el - Sheikh, praising the development, beauty and cleanliness he saw.