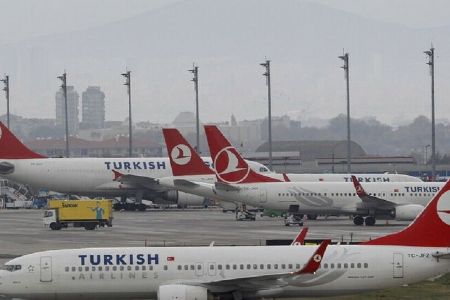 On a seemingly normal flight initially turned into a story by the Turkish airline, from Istanbul to Toronto, it was heroes by the crew of the Turkish aircraft, who decided that this would be their last flight from Turkey.

As soon as the crew of the Turkish airline arrived there, they applied for asylum in Canada, according to the Turkish aviation news site Airport Haber.

The site explained that a number of crew members of the Turkish Airlines plane bound for Canada left their identity cards and passports in hotel rooms and applied for asylum in the country.

Sachkin Kotzhag, President of the Airline Employees Union of Turkey, made statements about the incident: "As a national airline, I do not welcome the sudden departure of the team. They should have quit and left. "

Kottagh stated that asylum was based on living conditions, and that these people "bore the fears of the new generation."

Noting Turkey's high vulnerability and the prevailing uncertainty there, he stressed that there were many social factors behind the guest crew's decision, which they might see as a way out of a difficult living situation.

According to the website, cases of "defections" of Turkish airline employees, and their migration to countries that do not require visas, are on the rise, as they go to Western countries and work there as drivers, cashiers and waitresses.

"Many individuals, including the pilots themselves, who took unpaid leave during the Corona epidemic, did so," Kutzhag asserted.