We received 3.5 million tourists in the first half of 2021: Deputy Minister of Tourism and Antiquities of Egypt 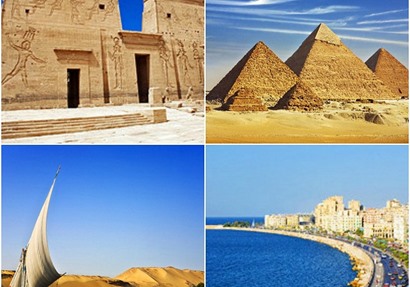 In a statement, the Deputy Minister of Tourism and Antiquities of Egypt, Ghada Shalbi, revealed the total number of tourists her country received during the first half of this year.

After Russia increased its flights with Egypt to 7 a week... Expectations for increased tourist flow

In the first half of 2021, some 3.5 million tourists received by the country, Shalby said.

Revenue from the tourism sector had ranged from $3.5 billion to $4 billion over the same period.

Last year, Egypt's revenues from tourism reached about $4 billion, a 70 percent decline from 13.03 billion the previous year, as a result of the Corona epidemic, which had severely affected the sector.

The Egyptian official predicted a 45 to 60 percent increase in tourist numbers over the coming period compared to last year.

I also expected the average tourist spending per night to be around $95.

The tourism sector contributes about 15 percent of Egypt's economic output, being a major source of foreign exchange.

In March 2020, Egypt closed hotels as a result of the Corona crisis, but reopened them almost two months later with about 25 percent of its capacity and later increased to 50 percent.