A funny and painful scene: a dog storms a match and injures a soccer player 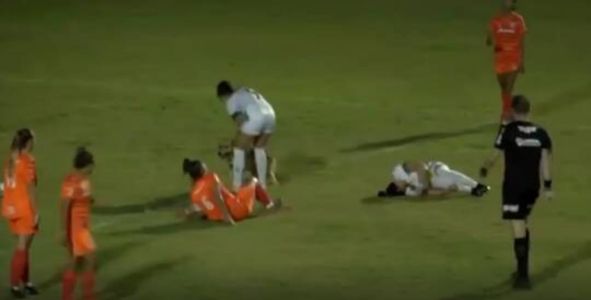 A stray dog ​​injured an Internacional player in a confrontation against Brazil de Varrobella in the local league, during an attack towards the opposing team's goal.

The dog jumped onto the grass on the field early in the second half, trying to take the ball away from the players, before starting to dash towards the midfield.

The players continued the match despite the appearance of the animal, and the Internacional team was in the process of carrying out an attack before the dog knocked one of the attacking players to the ground while searching for the ball at full speed.

The player lay on the grass for a period of time, clutching her leg and showing pain, but she continued the match, after the dog was caught and taken off the field.

The match ended 5-0 in favor of Internacional

We have 282 guests and no members online